Blog: Bringing Hope to a Person With None - Elizabeth Nabirye, Clinical team

Palliative care is about quality of life at any point during the trajectory of an incurable illness. It is more about life than about death. When the hope for a cure is gone we need to redirect the patient and family's hope for something more realistic and achievable.

Palliative care clinicians struggle with maintaining hope in the face of life-threatening illnesses with poor prognoses. However, can we foster true hope and not false hope or hopelessness in our communications with patients and families? Inspiring hope in ourselves as clinicians also has a healing effect on us and can help prevent burnout and increase resilience to the stressors inherent in challenging work situations. Within the context of communication on prognosis and end-of-life issues, however, we perceive patients’ hope as difficult and sometimes experience an ethical dilemma between maintaining patients’ hope and truth telling, which may diminish hope.

FN was a 28-year-old female, a single mother of a 12-year-old daughter, lying on a mattress on the floor of the cancer ward. Weak and emaciated she was clearly in her last days of life. She had cervical cancer and HIV/AIDS, but despite her illness she smiled as she held my hand. I found it hard to hold back the tears. We chatted for several minutes and she told me that at one time she had a good life but then she was diagnosed with HIV/AIDS and later cervical cancer. Most of her family abandoned her including the father of her 12-year-old daughter. She was suffering not only from physical, but also spiritual pain. She had spent many sleepless nights and kept asking, ‘why me?’; wondering if God cares. Oral morphine was prescribed for her physical pain and was effective in making her comfortable. FN was counseled about her disease prognosis and potential treatment outcomes and we made mutual goals of care. From then she kept saying God loves her and our team were angels from God. For FN, the biggest concern was getting her daughter educated after she died. Thank God we managed to get in touch with the father of her daughter. We met him and he promised he would take full responsibility of their daughter! This was a big relief and assurance for FN. She died peacefully on the ward after knowing that her daughter would get an education, even when she is long gone. Since then I have met many other FNs, desperately poor people with terminal illness who are crying out for help and support. Patients may have more goals and priorities besides living longer. Together we can do more.

NS was a 17 year old female with advanced abdominal tumour who had just completed high school. She suffered severe abdominal pain, distension and vomiting as a result of malignant bowl obstruction. She was the first borne out of 4 and her main carer was her mother, a single parent who converted from being a Moslem to a born again Christian in anticipation for a miracle for her daughter. The mother had spent everything to ensure that the daughter survived and she had now become financially constrained with very little support from the close family. Meanwhile NS’s condition continued to deteriorate. It was at this point that the palliative care team was consulted to see the NS for symptom management and end of life care. Children with cancer commonly suffer physical and emotional symptoms affecting their quality of life and the parents to these children with cancer feel lost and experience emotional conflict because of an inability to accept the suffering and reality of losing their children. Palliative care can improve the quality of life for children and their families. Although in reality, even with palliative care there can be despair and prolonged grief for parents involved and loss of hope. I was able to do an assessment of NS’s physical symptoms and these were very distressing both to the patient and mother. Though very challenging we eventually managed to control these symptoms. This symptom control gave a lot of relief to the mother and gave some hope as she waited on a miracle cure for her daughter from God. We are therefore vital in the continuous assessment and addressing of parents' spiritual needs, with the involvement of family and religious leaders.

Hope for cure has traditionally been the patient’s best friend and the clinician’s strongest ally. Clinicians may avoid discussing their patients’ poor prognoses with them for fear that this might destroy their hopes. However, patients with serious illness usually want to hear the truth from their clinicians and benefit from knowing the facts. By still hoping for a miracle and surrendering to God, the parents show that they cannot be separated from their relationship with God. Amidst a seemingly hopeless situation, I noted that NS's mother became more at peace, with ongoing counseling and support. NS died on the ward but her mother called to thank me for the support saying she was hopeful that her daughter gone heaven. 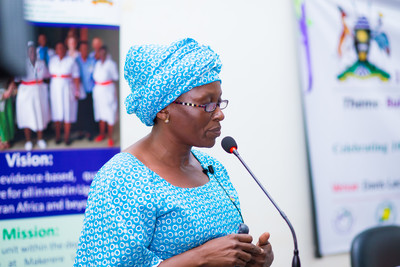